Welcome to Faculty of Theology, here you will learn more about the faculty, programme and department in the faculty 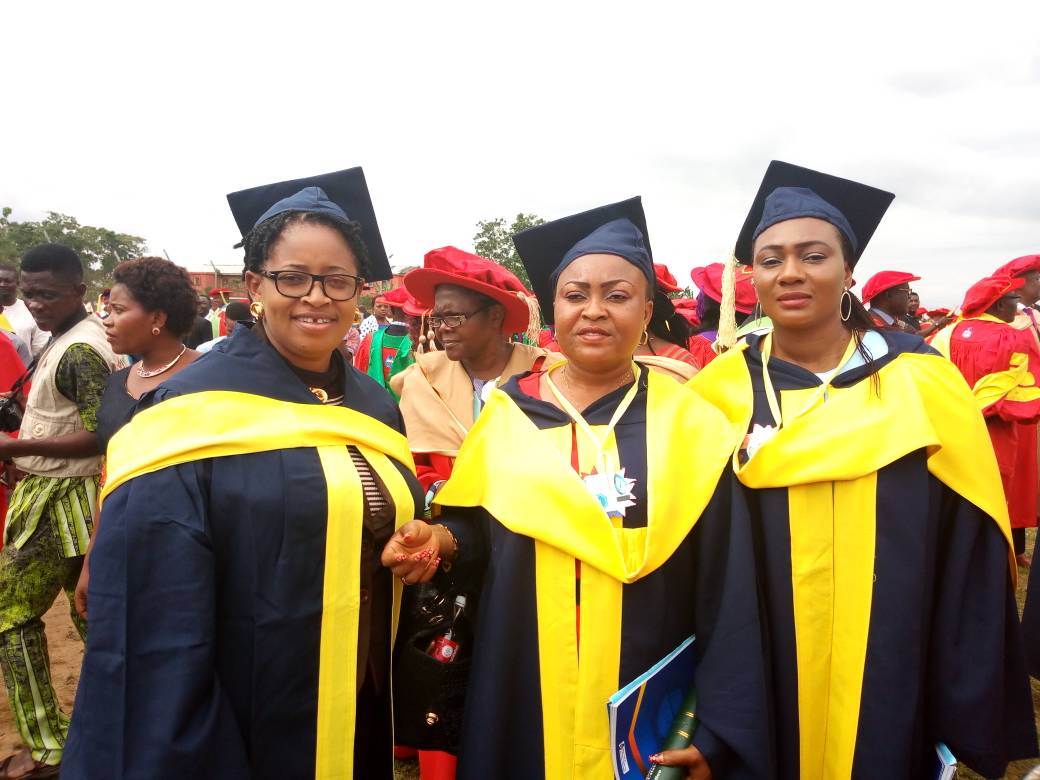 The Biblical Theology Department of the Catholic Institute of West Africa, Port Harcourt, was one of the first three Departments that began with the Institute from its inception on 8th December 1981 at Ozoba. From onset the Department has been blessed with well qualified and seasoned lecturers who have continued to produce graduates with Masters (MTh), Licentiate (STL) and Doctoral (PhD) degrees. Those graduates in turn have distinguished themselves in Church and society. Among them today are three Bishops.

To oversee the academic matters of the Department, the Biblical Department has had four Heads – Justin S. Ukpong, Kris Owan, Teresa Okure, SHCJ and the current HOD Emmanuel O. Nwaoru.

Composition of the Department in the current (2015/2016) Academic Year

In keeping with Sapientia Christiana the Department offers courses in the following Stress Areas:

Courses in these areas help students to acquire mastery of basic exegetical and methodological skills needed in handling Biblical text, knowledge of contemporary interpretative methodologies applied in reading the Bible in context, and major research tools available in all these areas.

This warrants that students in the Department begin with Beginners Course in the first year (Propaedeutic Year) in Old Testament Hebrew Morphology (BIB 4010) and New Testament Greek Morphology (BIB 4030). Here they are introduced gradually to paradigms, while they learn easy translations from the Hebrew and Greek Bible.

The major courses are offered in the following areas:

Here the student acquires the ability for syntactical analysis of chosen Biblical texts as well as for reading and translating the same. There is also introductory study of Textual Criticism of both testaments. Doctoral candidates are expected to demonstrate high proficiency in the knowledge of Biblical Hebrew and Greek and a good working knowledge of Biblical Aramaic (BIB 6032).

Outside the major courses students are also expected to take Elective and Faculty courses which they may choose from or outside the Biblical Department.

The student studies the basic characteristics, strengths, and weaknesses of the major methodologies applied in contemporary Biblical studies, Old and New Testaments, particularly

The student is introduced to the process of interpreting or explaining select Biblical texts and passages from Biblical books, using major research tools and methodologies.

Select Biblical themes are treated as courses or Seminars, especially those relevant to the African context. They cover among others:

Candidates in Sacred Liturgy are required to acquire a holistic knowledge of this branch of theology which deals with the life of worship in the Catholic Church. The Sacred Liturgy Department studies liturgy as a science with proper methodology. The Department offers courses at both undergraduate and postgraduate (Masters, Licentiate and Doctorate) levels. Contact us to learn more.

Candidates for the doctorate degree in Sacred Liturgy are required to examine the different scientific approaches adopted in the study of sacred liturgy and the relation of this subject to other branches of theology. Other available courses are:

Lecturers in the Department:

Courses Available in the Department: The Department offers twenty four courses in the discipline of Systematic theology, and each for two hours of credit loads and a thesis of six credits, should be required for the STL degree in the programme. The courses offered in the discipline of Systematic Theology are as follows: Major courses, within the student’s area of specialization, faculty and elective courses, which are designed to broaden the student’s knowledge, seminars, which involve written and presenting of research papers. Included in the programme are such courses like Theology and Ecology, Evangelization and Social Justice, Faith Doing Justice, Human Dignity and Human Rights.

1 Theology of God (Human Being, Creation and Ecology) and Christology

4 Sacramental Theology and Theology of Grace 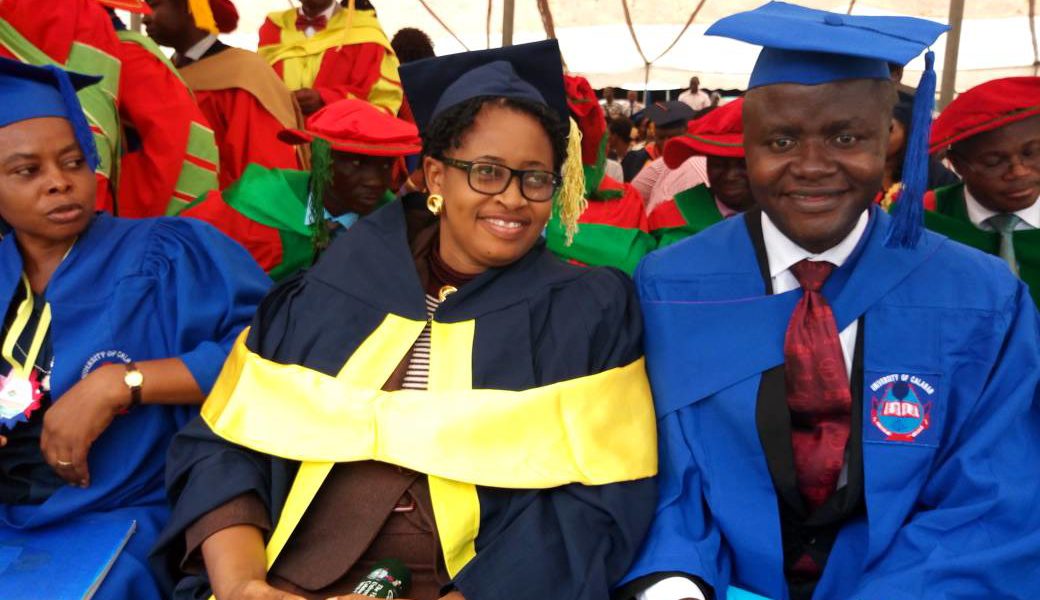 Moral Theology fundamentally considered is a systematic and methodical understanding of Christian faith and the truths of Christian faith in relation to human conduct. Moral Theology begins, not from the rational reflection in one’s proper being but from reflection in revelation accepted in faith. It is both a study of God who inserts our life in his salvific work and also of man created by God and elevated to life in Christ Jesus.

The second Vatican council brought to the attention of the whole church the need of renewal in theology and moral Theology in particular. Concerning moral theology, the council complains that “the institutions, laws, and modes of thinking and feeling as handed down from previous generations do not always seem to be well adapted to the contemporary state of affairs”. (GS.7). Hence an imbalance develops between theoretical system of thought, which cannot fully master all the aspects of man’s existence today and a way of life and acting which is modern in practical matters, between the demands of moral conscience and a concern for practicality and efficiency. (GS.8). Today, moral theology is required to bridge this gap, and to reconcile theory and practice.

There is a close relationship between moral Theology and all other branches of theology. This is because it deals with all aspects of human conduct. As science and technology advances in modern discoveries, moral theology is also advancing in its approach to those other discoveries. This is because, they affect the human conduct. The pastoral constitution on the church in the modern word is one of the documents of the second Vatican council dedicated to questions of moral and pastoral theology. This document offers many contributions to a better understanding of Christian morality.

The aim of the Department is to make the students understand the teachings of the council, the popes, and synods that come after the council, especially as they relate to their moral actions. The courses offered are designed to help the students to achieve the above objectives, and to be abreast with modern discoveries in knowledge.

There are four stress Areas in the overall design of the courses. These include:

*students are expected to take at least one seminar in the semester.

and Sources of Moral Theology.

MOR 5042:     Sin, Guilt and the Administration of the Sacrament of Reconciliation in Modern Africa.

MOR.5382:     The fate of the family in Technological society

Current situation in theological discussion, historical aspects in the evolution and understanding of theology as a scientific discipline, Western theology – developing world theology, conception of universality in theology. Methodology, Sources and Schools of Thought in Moral Theology.

MOR 5042      Sin, Guilt, and the Administration of the Sacrament of Reconciliation in Modern Africa.

This course is a sociological study, modern society and the sense of sin. Sin in African context. Levels of guilt-feeling, taboos, social and religious guilt-feeling, the sacrament of reconciliation and the formation of mature Christian conscience in African Social dimension of sin.

The course discusses the problem of the modern person in decision making, how to make choices adequately ordered fro the kingdom of heaven. The problem of the absoluteness of certain moral norms. The psychological categories for deciding sin and guilt.

Principles of morality according to the New Testament, The role of law, love and Holy Spirit in morality. Catholic and Protestant moral theology – a confrontation, biblical foundations of the orientations.

The scope of this study will be to expose the debate on the normativity of moral acts, problems on norms raised by ethical borderline situations, consequentialism, proportionalism, deonotological and teleological ethics. Moral norms and Catholic tradition.

This seminar will undertake an excursion into the African ideas about what is good or bad, right or wrong. Good and reprehensible behavior, religious, supernatural and human sources of morality. God the divinities and ancestors, communal senators, proverbs and sayings regarding morality.

Relationship between magisterium and morality. Authoritative formulation of moral teaching. Nature and function of magisterium. Magisterium and the role of theologians in the Church.

Cultural change and progress in Africa lead to problems in the relationship between parents, children, kith and kin, and the extended family. Human life is becoming less sacred, new ways of stealing and cheating are being discovered. The mass media seems to provide the opportunity for character assassination, and misinformation of all types.

Social justice in Africa – the task of the Church examination of social doctrine of the Church in the recent encyclicals. How hard this addressed concretely the social problem in Africa.

This course presents an overall introduction tom the themes and methods of Christian social Ethics which emphasizes human development, peace, justice and non-violence as a hallmark of Christian life.

In moments of stress Christians tend to lapse into superstition. A sociological study of the hold of traditional beliefs. Examination of certain para-psychological phenomena. Spirit world and spirit power a problem for catechesis.

The religious basis of ethical action or dichotomy. Dichotomy between religion and morality as viewed in African traditional religion and Christianity. God, spirits ancestors, the Earth, Masquerades and moral Sanction Idea of divine invitation. Human perfection. Role of the sacred music and dance.

The inviolability of human life in the teaching of the Church. The death penalty biblical and traditional perspective philosophical and theological arguments, modern situation. War defensive and offensive. Direct and indirect killing.

Evil and the devil. Evil in Scripture. Theology of today and actual scandal of evil. Liberation from evil, symbols and myths in society. African understanding of evil.

The socio-cultural effects of contemporary problems in the society such as war, hunger, poverty, industrialization, resources, population explosion, etc.

Marriage as secular and marriage as divine institution. Biblical teaching on marriage Development of doctrine and practice in the early Church. Brief history of marriage in the Catholic Church African traditional Marriage Rite and the Christian celebration of marriage.

The importance of fertility, of male descendants in the life of African couples in the light of the Christian teaching of indissolubility of marriage. The problem of childless and polygamous marriage and the witness of Christian family.

A sociological and theological study. Sociological factors that contribute to stability in marriage. Outline history of divorce doctrine in Churches of East and West Pastoral care of the divorce and remarried, and polygamous persons.

Problem of unmarried life. Sexual deviations like prostitution, homosexual and

The pace of development in the field of biology and the life sciences has accelerated and has raised new ethical questions. The current attitudes towards abortion, euthanasia, human experimentation, organ transplantation, genetic engineering, procreation and reproduction, life, death, senility, etc need a major reassessment to evaluate their moral implications and effects in Africa.

This is geared towards the study of the practice of medicine and moral dilemmas that today confront health professionals and patients; it examines the areas of health care where ethical conflicts most often arise; it lays the groundwork for informed decision-making and unearths the complexities of medical practice e.g. moral mayhem in modern medicine, medical mistakes, informed consent, doctor patient relationship, etc.

This study provides a coherent analysis of a range of moral questions and social policy issues pertaining to human reproduction and the new reproductive technologies and examines the values and assumptions underlying common perceptions of sexuality and fertility, the value of children, the nature of parenting, the value a genetic link between mothers and their off-springs, the effects of reproductive technologies on the family.

CODES FOR THE COURSES IN MORAL THEOLOGY.

Have your UTME/JAMB Registration Number. Check if you have been given admission. Only admitted candidate shall be able to login to complete the undergraduate application form online. You can always stop and continue your application on the portal

We have no upcoming event in our department yet